Like many of my fellow Texas citizens, I watched, with interest, the progress of Texas House Bill 1927 (aka "The Firearm Carry Act of 2021" and "Constitutional Carry") through the Texas Legislature during the 2021 bi-annual legislative session.

Many, MANY of my clients and friends have asked my opinion of Constitutional Carry and, honestly, I was hesitant to offer my thoughts, concerns, hopes, etc. Not because I didn't have any thoughts, concerns, hopes, etc., but because my previous experiences in federal and state government made me wise to the fact that, until the bill passes both houses in the legislature and is signed by the governor, as they said in the old Saturday morning School House Rock videos, "it's just a bill." Until it was final, there was no cause to get excited or riled about it.

Now that Governor Abbott has signed the bill into law, there's actually something to digest.

First, as with most Texas laws, it will not take effect until the first day of the state's fiscal year, which is September 1st. That's VERY important to understand because until Wednesday, 9/1/2021, the changes brought about by this law are not in effect.

So, when the law DOES go into effect, how will it change the current Texas License to Carry Handgun? From what I've read, that program will remain unchanged.

So why would someone want to go to the trouble of getting a license to carry handgun when you don't need one in Texas? One benefit is the background investigation and subsequent license card exempts the holder from having to wait for the results of a National Instant Criminal Background Check before being allowed to take possession of a firearm purchased from a retailer. For many people that's a big benefit. Licensed carriers also have exposure to some level of instruction on the legal ramifications of presenting and/or firing a firearm in self defense. There is also the benefit of being able to carry in states that have a reciprocity agreement with Texas and recognize the Texas License to Carry Handgun as equal to the license those states issue allowing the holder to carry in those states as well without further endorsement.

So, what about this law concerns me? Well, the law itself doesn't concern me. But...

(1) Firearm owners with limited understanding of the legal ramifications of presenting or firing a firearm in public was a problem before this law. The law removes the requirement to receive even rudimentary legal instruction to be able to carry a firearm. This places the burden entirely  on gun owners to understand the legal aspects of gun ownership and could put some gun owners at risk of run-ins with the criminal justice system unexpectedly. So taking the initiative to educate yourself on the legal consequences of presenting or firing a gun in self defense is more important than ever. For that reason, I recommend exploring a gun owner legal protection plan. For an annual fee, members can receive the benefit of legal defense in the event a gun owner is arrested as a result of using their firearm for self defense. Most plans offer videos on specific topics and some host events where members gather to hear a lawyer's perspective and have questions answered. "I didn't know," won't cut it in the court room. IGNORANCE OF THE LAW IS NOT A VALID DEFENSE!

(2) I also worry that some people will use this law as an excuse to wantonly antagonize gun control advocates by flaunting an openly carried loaded firearm unnecessarily to provoke an argument. I have had a license to carry handgun for years, and I can honestly say that I have not felt compelled to carry every single day to every single place I go. I choose not to open carry because I feel it draws unnecessary attention and makes me more of a target. I don't begrudge those who carry openly, but I do have to wonder, sometimes, about the motivation of some who open carry. Is openly carrying solely to prove that you can, as a 1st amendment statement, in the best interest of defending the 2nd amendment? I'm pretty sure I can win a 2nd amendment debate with even the most rabid gun control activist with my mind without having to show them that I'm carrying a firearm.

My usual response to the question of what I think about "Contitutional Carry" is that the "defund the police" movement meshed with "The Firearm Carry Act of 2021",  will make me  feel more inclined to carry than before...which is sad.

For a more objective legal perspective on what Constitutional Carry means and some of the potential legal pitfalls that lay in wait for those who don't inform themselves, check out this info published by US Law Shield. 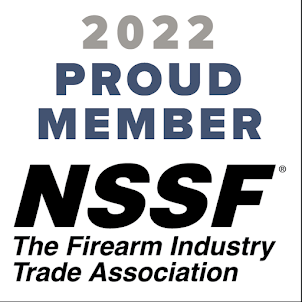 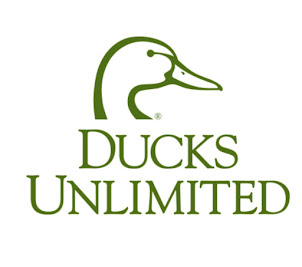